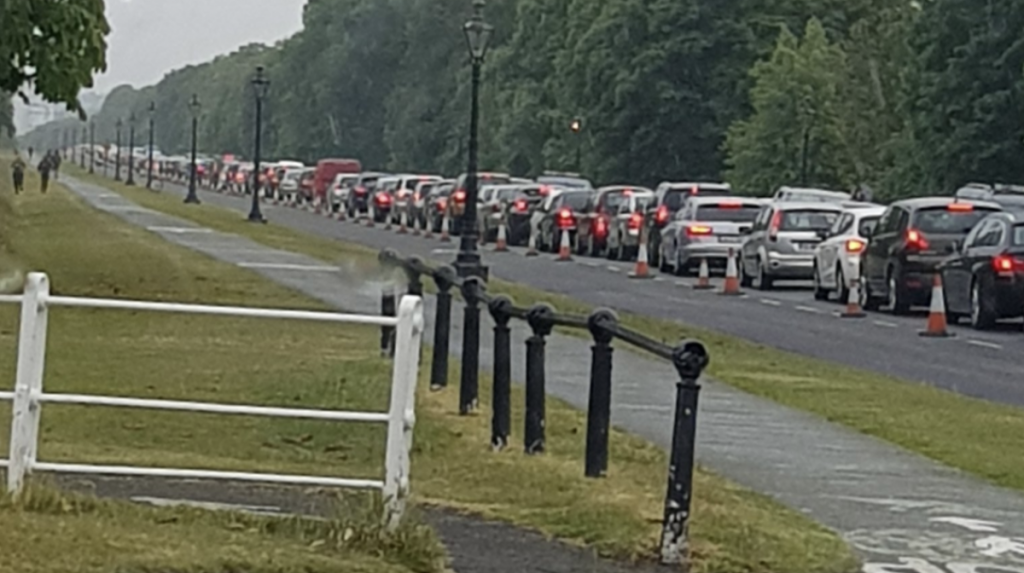 The ongoing closure of all but two gates to the Phoenix Park is causing major traffic headaches for local businesses and residents, it has been claimed.

Fine Gael senator Emer Currie called yesterday on the Office of Public Works (OPW) to hold a public consultation meeting on traffic issues in the park after it announced last month that traffic restrictions put in place in March due to Covid-19 will remain in place for the foreseeable future.

All park gates with the exception of the Castleknock and Parkgate Street entrances were closed to traffic in March when the 2km travel restrictions were put in place to battle the coronavirus pandemic, but were due to reopen last month.

However, the OPW said it intends to “curb traffic volumes” in the park in order to “maintain safe, quiet, open spaces for pedestrians and cyclists to enjoy” and is keeping the other gates closed for now.

While she is in favour of seeing more people using the park, Ms Currie said many local residents and businesses are in two minds about the closure.

“The residents feel conflicted. They liked having greater emphasis on walking and cycling but are trying to balance it with traffic congestion,” she said.

“As well as a worrying build-up of traffic on roads leading to Chesterfield Avenue, some people who depend on access to the park, such as the Phoenix Park School, Ashtown Stables, zoo-goers, employees at Garda Headquarters and regular park visitors, have experienced significant tailbacks.

“Local businesses that have just reopened have also been adversely affected.”

Kieran Gallagher, who runs the Castleknock School of Excellence at nearby Diswellstown Community Centre in Carpenterstown, said he fears the worst when his school re-opens in the autumn.

“Traffic is becoming a real nightmare in Castleknock,” he said.

He predicted the ongoing gate closures will lead to even more tailbacks.

“It’s going to cause chaos. When schools reopen it will be crazy,” he said.

Mr Gallagher said issues over traffic in the area have already prompted some people to move away.

“I know there are people who are selling their homes to get away from the traffic,” he said, adding that he had heard of queues lasting more than 40 minutes to get from one end of the park to the other.

However, many park users have embraced the new restrictions.

He said if the minor roads into the park were reopened “it would be very hard to do social-distancing for family cycling”.

While he agreed that there had been “massive tailbacks”, he said they could be avoided if people take alternative routes.