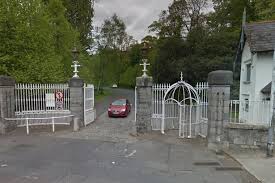 All of the perimeter gates to Dublin’s Phoenix Park, with the exception of Knockmaroon Gate, will be reopened on Friday morning, the Office of Public Works has confirmed. The decision has prompted surprise.

The OPW closed many of the gates as a response to Covid-19 travel restrictions in March and subsequent plans to reopen them on two separate occasions in June were aborted.

At the time the authority said motorists would face new restrictions to “curb traffic volumes” and maintain “safe, quiet, open spaces for pedestrians and cyclists to enjoy”.

However, on Thursday it issued an unexpected update announcing the re-opening of all perimeter entrances with the exception of Knockmaroon Gate on Friday morning.

The main Castleknock and Parkgate Street entrances were never closed in order to facilitate the use of Chesterfield Avenue as a through-road and to provide access to some buildings in the park.

The measures have been kept under constant review by city officials although earlier this month, a parks official wrote to Green Party councillor Darcy Lonergan noting “a revelation to see how the citizens of Dublin have engaged with the Phoenix Park during this period and…the significant increase in pedestrian and cycling activity.”

“The Park has seen a sea-change in how the public and visitors are enjoying the biodiversity, natural landscape and wilderness of the Park. With this in mind, reducing the volume of ‘through-traffic’ is critical and maintaining safe, quiet, open spaces for pedestrians and cyclists to enjoy is a key priority for OPW.”

On Thursday, the OPW said nobody was immediately available to comment on its decision. Exactly how it plans to reduce traffic volumes remains unclear.

Green Party councillor Michael Pidgeon said the announcement came as a surprise to councillors and some residents in the vicinity of the park, with no explanation as to the timing.
volume is gedempt

“What I assumed, and I think what most people assumed, was that this was the way it was and there was going to be a consultation on what to do in the future,” he said.

“It’s a very strange reversal and so rapid; to send out a notification at 4.30pm that they are going to reopen in the morning…I don’t think anybody saw this coming.”

Mr Pidgeon said it was his belief the park should ultimately be closed to through traffic with access only available to those visiting the amenity.

The OPW said that once ongoing works are complete on Knockmaroon Gate it too will re-open. It has asked drivers “to be respectful to all pedestrians and cyclists” and said measures will remain under review.